Within the film crew hierarchy it is the director who tops the list. He is in charge of the film set and is the person who has a complete overview of the whole creative content of any film, he is responsible for its artistic implementation.

During the post production stage he is responsible for the final edit. 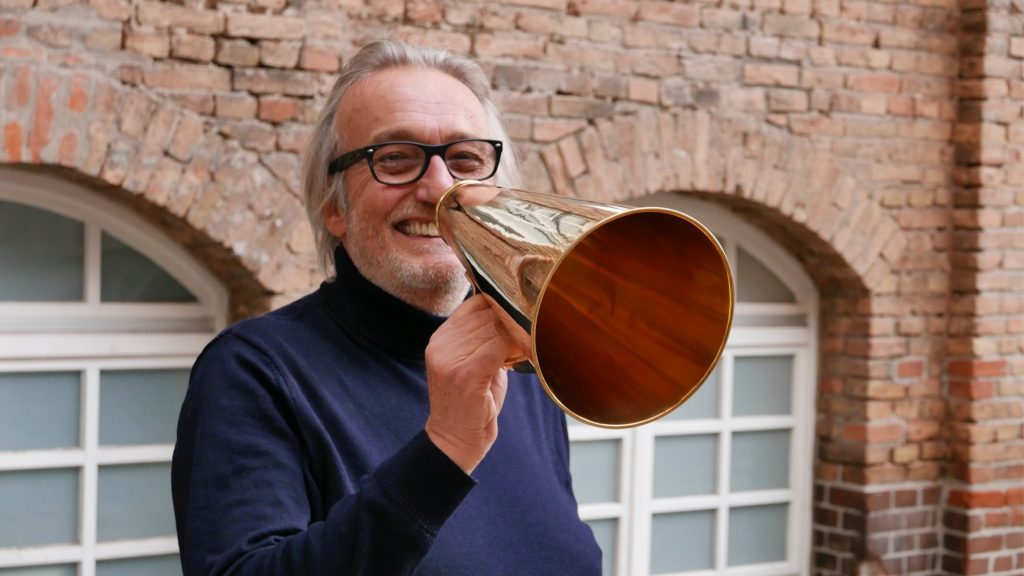 This person is responsible for making sure the directors wishes are implemented and is mainly concerned with on set logistics, like who should be where and when and which scenes are being shot where and when.

The line producer is responsible for logistics and coordination ahead of and during the shoot. He/she makes sure all necessary permits and formalities are in place, movement of talent, catering, contact with authorities, timing.

This person is responsible for the visual style and works very closely with the director to achieve the right look. He needs to interpret the director’s wishes and provide the right framework and style to reflect the mood that has to be created.

He has a complete grasp of the technical requirements and needs of the camera department and is the main person along with the director on every film set. He manages the following

He also instructs the gaffers and electricians as to the placement and choice of lights.

He works closely with the camera operator (some DOPs prefer to operate the camera themselves) to determine framing and camera movement.

The Cinematographer and director of photography are used interchangeably and the DOP is listed as the chief cinematographer in the credits. 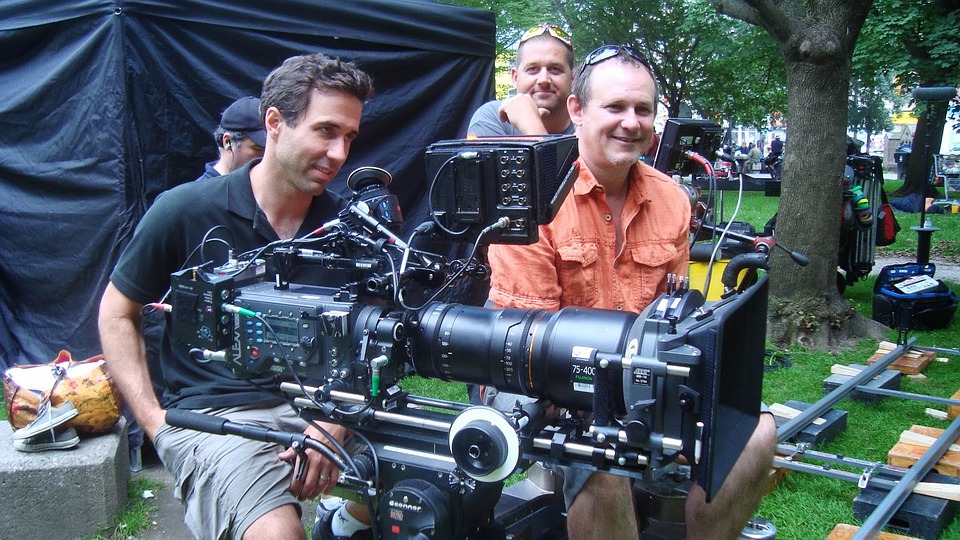 The definition of camera operator is the person who works closely with the DOP and who physically operates the camera. He must ensure that all camera movements are smooth and that the framing and focus are in line with the general requirements. 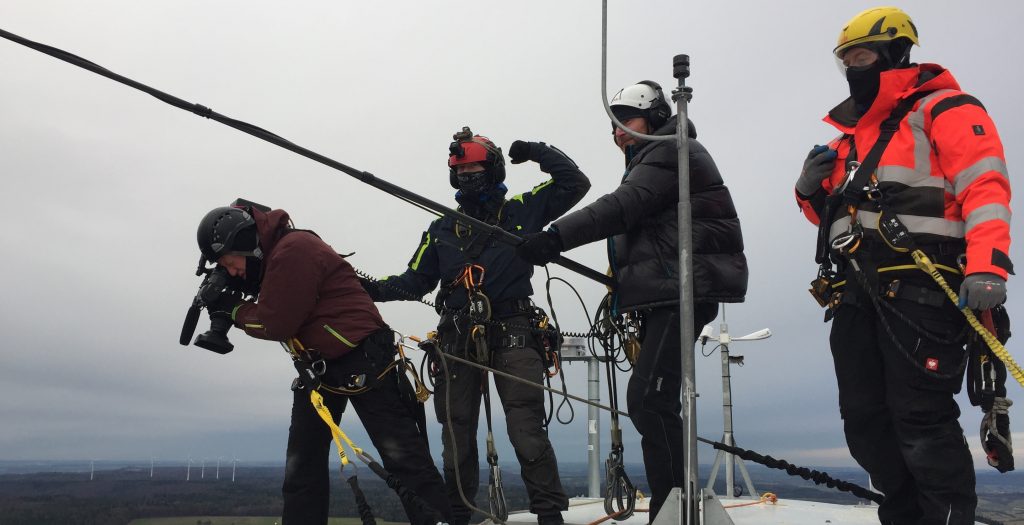 The first assistant camera is also responsible for keeping the camera in focus. This crew position is also called focus puller.

He works closely with the camera operator to make sure that the camera image is always in focus. He does this either manually by adjusting the lens by hand or remotely using wireless controls. 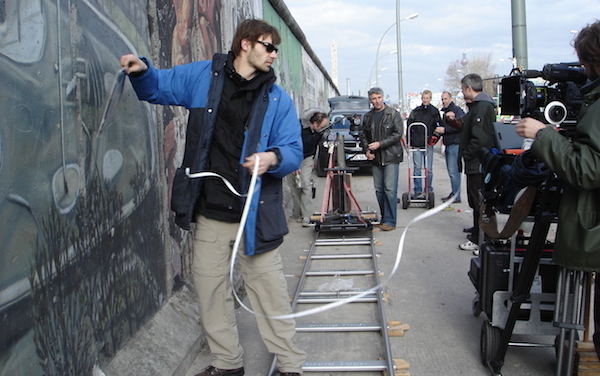 Working closely with the 1st AC the second assistant camera is the crew member who operates the clapperboard at the beginning of each take. Their task is also to load film stock into camera magazines if there is no film loader on set. Together with the fist AC they are in charge of camera transport. 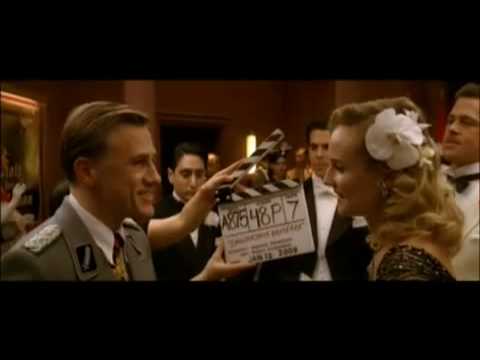 2nd AC Geraldine Brezca on the set of Inglourious Basterds

He is in charge of the sound recording and works closely with the camera operator and DOP in respect of placement of microphones to attain the best possible sound recording. His tasks are also to identify and eliminate any interference from any ambient sounds or wind noises. His tools are a wide variety of microphones and sound mixers/recorders. He is often assisted by a boomer who operates the boom pole.

Responsible for all things lighting, working closely with the DOP to create the atmosphere needed for each individual scene. He will have a wide variety of lights and fixtures at his disposal and have a very practical but creative approach to their installation. 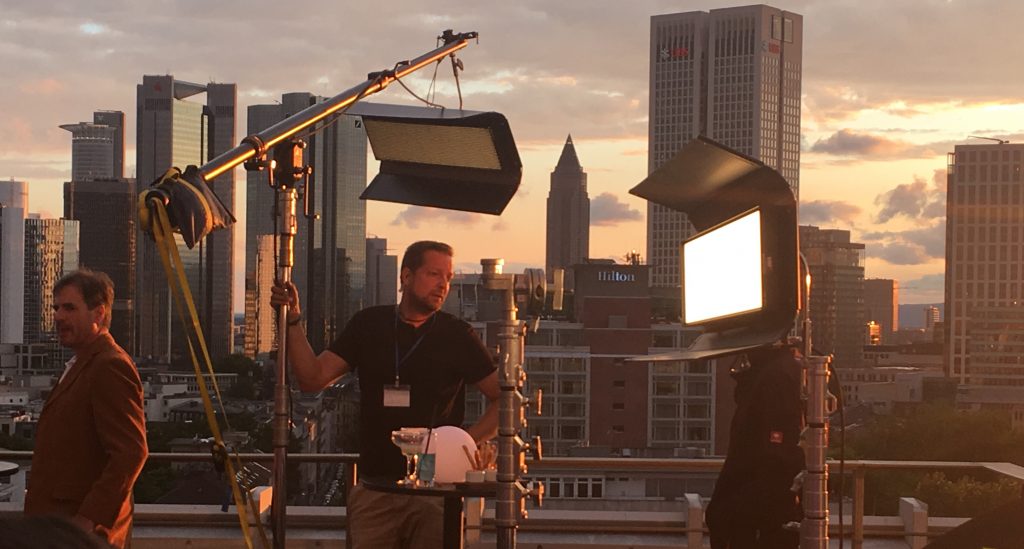 Answering directly to the gaffer he will be setting up the lights according to the gaffers instructions and manage all things electrical connected with that.

Working together with the gaffer and DOP he will be a general aid at getting things moved around on set or making changes to any fixtures. He will also be in charge of any camera tracking shots and will lay tracks and operate the dolly. 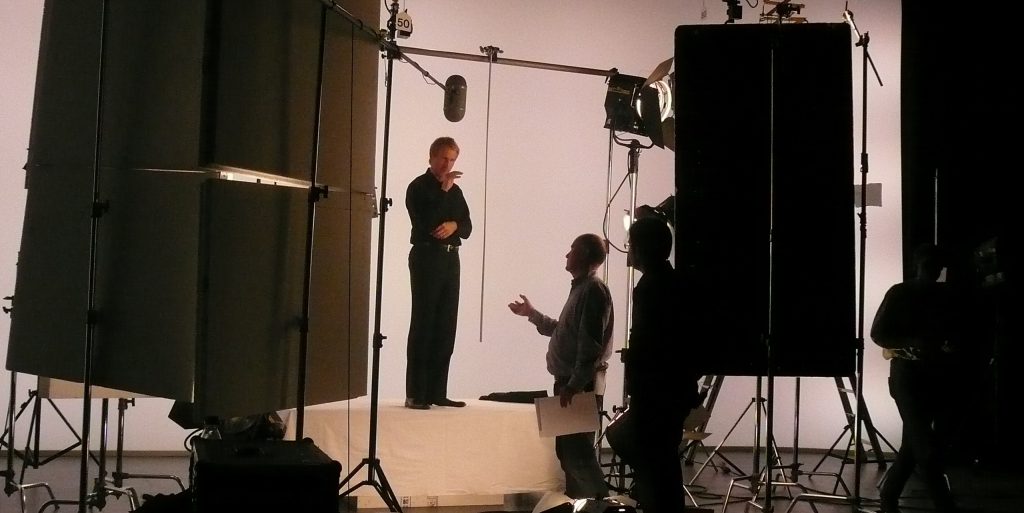 On hand to run errands, pick up lunch or snacks, helping the grip or production team in general. He is often the driver too. Usually manned by a younger crew member who has just entered the industry.

This person has similar duties to the Line Producer, organising and coordinating shoot logistics. Our people are all bilingual which makes communications much easier and facilitates a smooth and efficient workflow.

Clients often request such a person, who can not only translate but has other hands on skills which keep the production moving along.

One of the major problems we encounter filming people is shiny faces, caused by heat from studio or location lighting
units. This is where the make up artist enters and powders faces so the face still looks natural and the shine is eliminated. In addition the make up artist attends to hair and wardrobe making sure the talent is well presented. 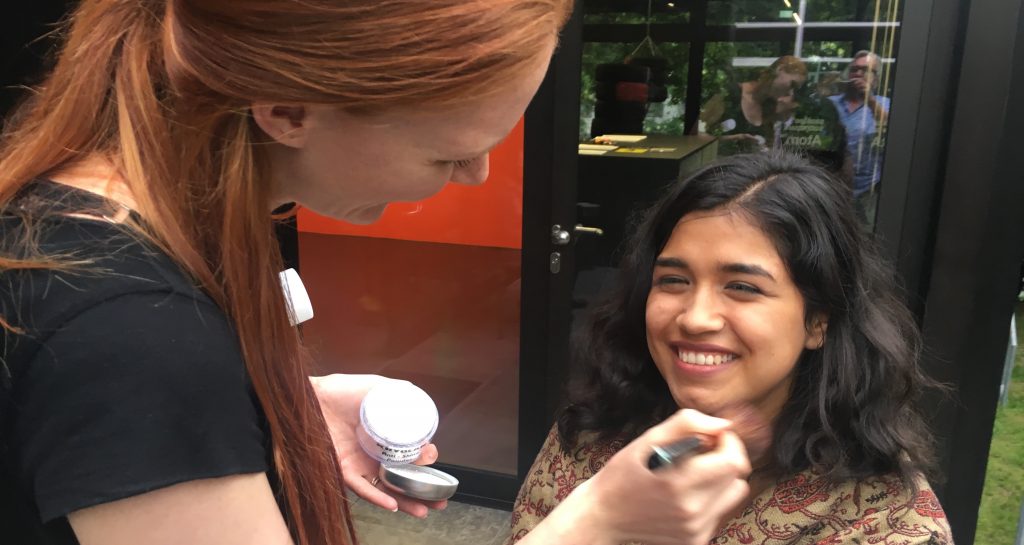 The Digital Imaging Technician is a relatively new film crew job brought on by the need to secure and manage the digital files and data produced by digital cameras. His responsibility is also to perform color correction during the shoot and manage the production’s workflow. He takes the camera memory cards and using secure software backs up the files on hard drives. He needs to command an in depth knowledge of all things codecs and formats and since he’s the one entrusted with all the footage there’s a whole lot of responsibility resting on his shoulders. 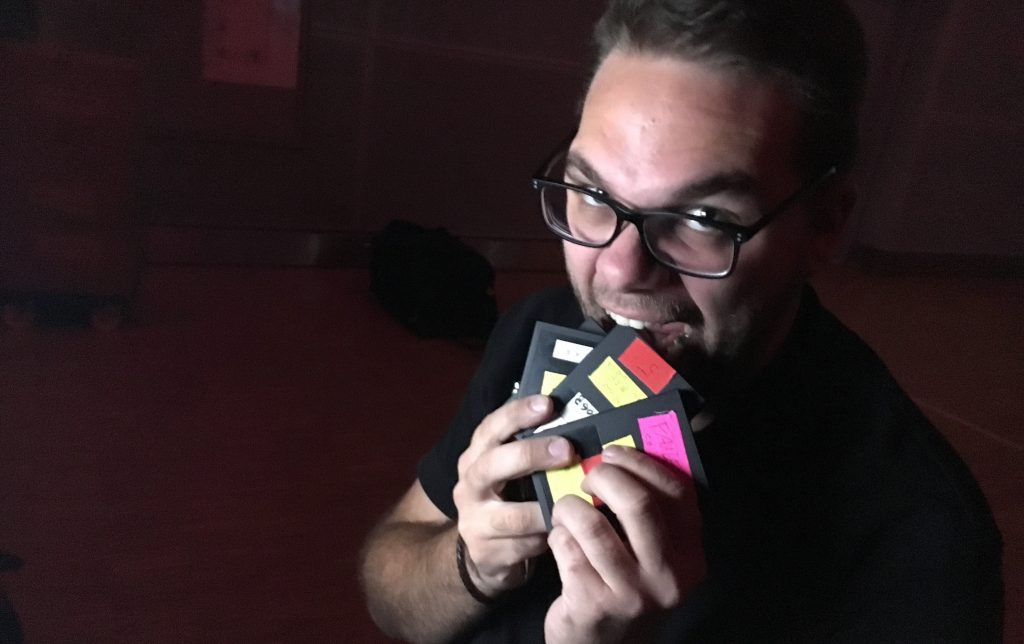 Moving images is what filmmaking is all about and freeing the camera from a static tripod is an essential requirement.

The Steadicam operator is a highly skilled camera operator that uses a Steadicam rig.  Basically it’s a sophisticated harness which is worn on the body.

Steadicam rigs can be equipped with a wide variety of cameras too and they deliver dynamic imagery which can be seen in almost every film around.

Apart from having unique technical and creative skills the Steadicam operator needs to be top fit physically because a fully rigged Steadicam is heavy. He will often be required to run or climb stairs, and sometimes these scenes have to repeated.

There are other types of stabilization devices like the MoVI and Ronin. which operate differently from the Steadicam and are extremely popular. 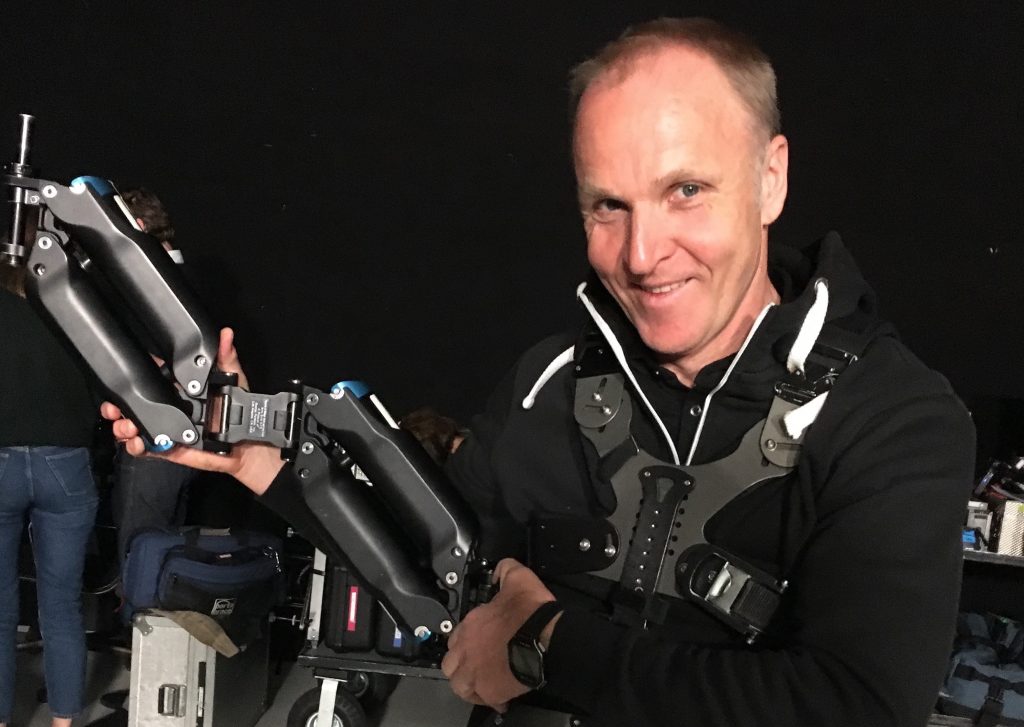 Any shoot can be supplemented with drone footage, green screen or teleprompter operators which we’re offering as well!

The ongoing pandemic is keeping us all on our toes, coming up with new ways of producing films. Making sure, all crew members comply with the Covid hygiene guidlines – such as masks, keeping a distance and testing – a dedicated Covid Manager has become a new and essential crew member!